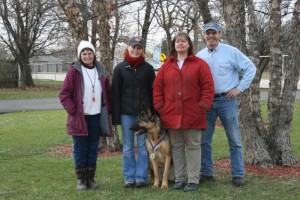 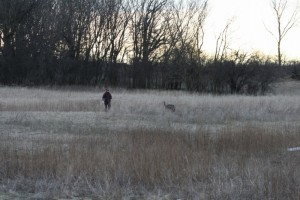 Cody earned his AKC TD-tracking dog title April 5, 2009 in VERY strong wind conditions. The tracks were laid in an area where the grass is usually tall ,but since it is so early in the season, all the tall grass was just matted down and it was impossible to see where the track went.
His track was 452 yards long and had 5 turns, both left and right turns, and an open turn. Cody took off tracking very strong, his nose was deep on the ground, he came to the first turn and took it with confidence, second turn he indicated but I kept the leash too tight and he made the turn wide but continued tracking further on that leg. His third turn was accurate and the last legs were pretty long. He was pulling me so hard that I had to run behind him. When we got to the glove, I sighed of relief and he downed nicely with the glove in between his front paws. I walked up to him and showed the glove to the judges. WE PASSED!!! 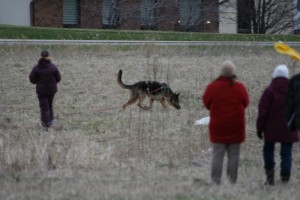 Both judges walked up to me just amazed what a nice tracking dog Cody is; they had nothing but good things to say about him… They said he was very confident. He knows exactly what he is doing and where all the turns were.
What a fun day we had.  I am off to the store to buy some steak for my TD CODY!!!!!!!!!!!!!!!!!
Paivi and Cody 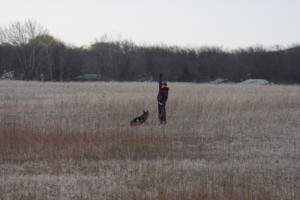 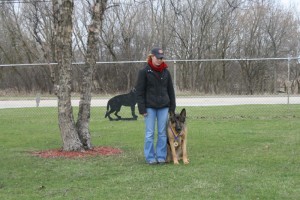